I've been quite scarce in the blogosphere the past few months, popping in every so often at the Heartwarming blog...but that's been about it. I've missed you all, but sometimes things happen we can't control. Shortly after returning from Nationals, I became very ill, spending most of August with a fever, flu-like symptoms and foggy brain. It turns out, I had stage 2 Lyme Disease...a diagnosis that came the day I got my revisions for my second book.

Of course, the die-off reaction I had when I began Lyme treatment was severe and the arthritic and nerve pain (I had a lot of neurological manifestations) made typing nearly impossible. After a few weeks, I managed somewhat, but I had to reserve all my typing energy for revisions, and that meant no blogging (because it really hurt). I still  have some symptoms, but I'm doing so much better now and improving daily. Now, Murphy's Law, right when my hands were not functional, all my major appliances had to break down, including but not limited to my microwave and dishwasher. Sigh.

Also, last month, I had to nurse my eldest through a terrible, resistant strain of pneumonia. We're talking fevers of 103-104.5 while on medication, and an antibiotic that didn't work. He ended up on two different oral antibiotics, plus daily injections (in lieu of hospitalization). Luckily, he finally responded to treatment and is doing well...BUT...I ended up with two weeks of bronchitis that turned into laryngitis and was finally diagnosed with pneumonia myself. Not as bad a case as my kid's, but bad enough, given my asthma. I'm still recovering, but at last I have enough energy to rejoin the world.

A million other things were going on through all this and my stress levels were out the roof, but things are starting to look up now and I have some news to share (warning: cute kitten coming up)!

First of all, my latest interview at USA Today's Happy Ever After is up! It's with fellow animal lover and author Kate James and you can check it out HERE!

Secondly, my second book in my Harlequin Heartwarming series is due to release March 1st, 2015! Yay!! It's titled After the Silence and you can check out the blurb or pre-order HERE.

I adopted another kitten from out local SPCA! Those of you who hung around here last November may recall that I adopted two brother kittens (Nimbus and Storm...or as my kid says, Stormageddon) who were taken in after their mother was killed by a car. THIS is the post I had up with their pics at the time. They're much bigger now and the best cats ever.

Well, they've just been joined by a little boy who looks like a Maine Coon mix. My teen named him Grimalkin (Grim for short) after the character in The Iron Fey series by Julie Kagawa (Harlequin Teen). 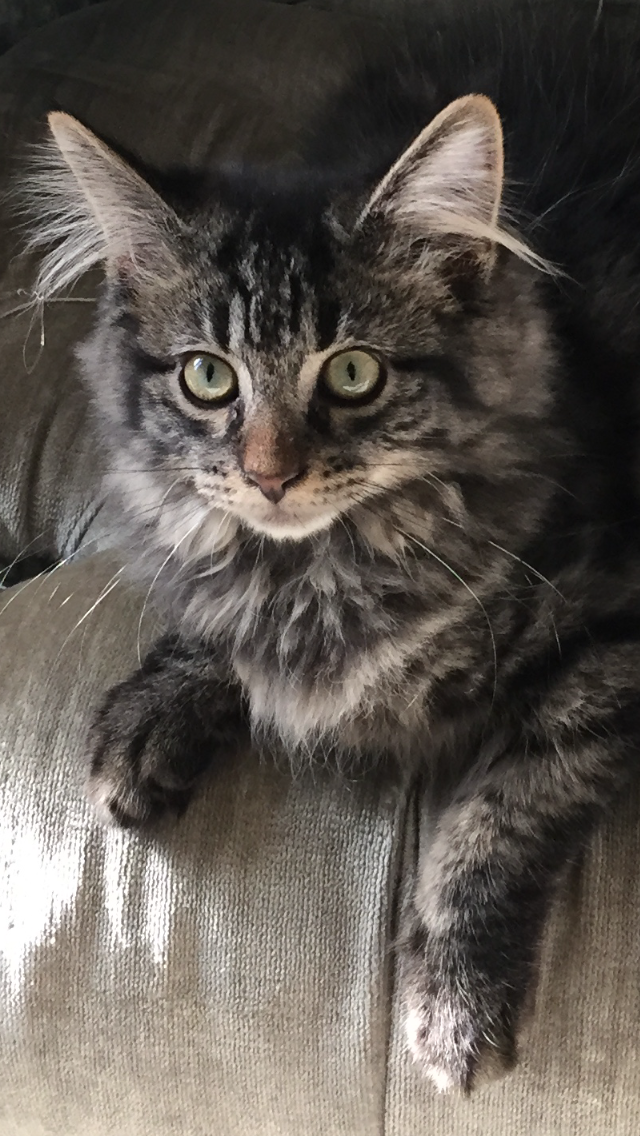 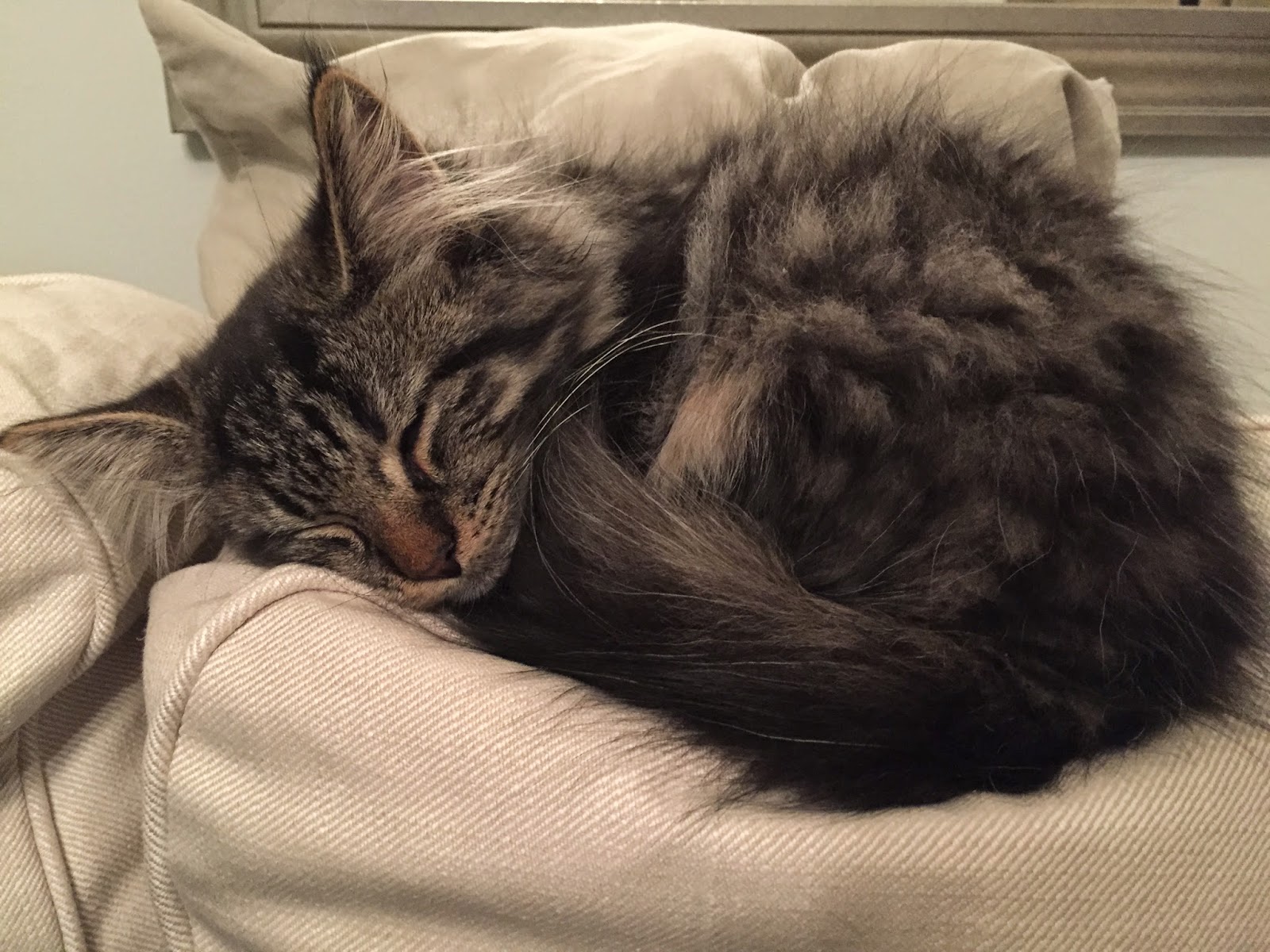 Now, cuddling with him makes the past few months worth it :). I hope you all have been well. See you around!
Posted by Rula Sinara at 1:17 PM 12 comments: